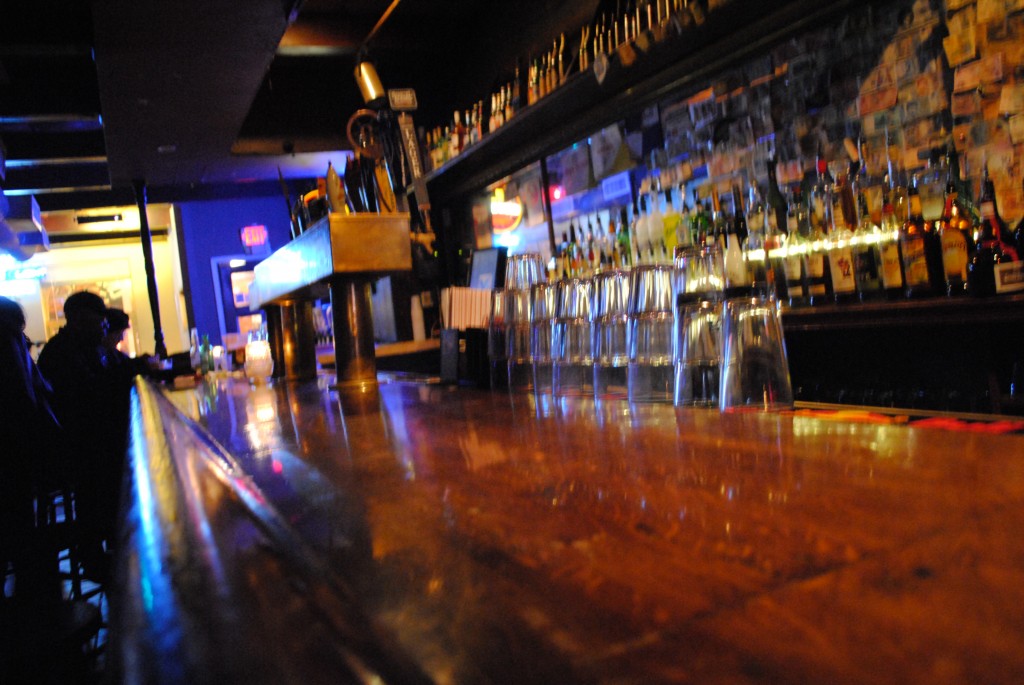 We received this submission from an anonymous senior (whoever you are, we love you), and thought it was too good to pass up. So as finals season starts to wrap up, take a look at this game and decide whether you want to gamble your liver on it. May the odds be ever in your favor, Class of 2012.

Our time on the Hilltop is drawing to a close and like many of my fellow seniors, I’m reflecting on my time at Georgetown, which has included many celebrations from Homecoming to Georgetown Day. While I will be moving into adulthood and plan on taking the spirit of Georgetown with me, I won’t be able to dedicate my Tuesday… and Wednesday… and Thursday nights to shameless behavior at the Tombs. With a bit of creativity, I’ve decided that graduation calls for a moment to toast to our time at Georgetown. Hoya Saxa and Georgetown Forever!

This game is called “Georgetown Forever” and it is not for the weak of heart or those with a low alcohol tolerance. The rules of the game are simple and it starts from the end of your last final and continues until you walk across the stage to shake John DeGioia’s hand and show your parents what they got for a $220,000 investment.

Basic rules:
1. Start the game on the day of your last final and end the game when you graduate. DON’T drink everything one the same day… this is 120+ shots Hoyas, so pace yourself!
2. Count every credit that you have taken, including summer school. Transfers must count the other credits they took at another college.
3. Get an official copy of your transcript if you can (it’s the least that Georgetown can do for all that tuition money) and make a shopping list. Its study day so study up on what you will need.
4. The higher rules outrank the lower ones, for example if the credit was in your major that would outrank a credit for in the school it was taught.
5. Each credit only gets one shot. If a credit was in your major and in the College, don’t double count the shots! We’re not looking to give GERMS more practice during Senior Week then they had all four years of your life in college… you do want to walk and get that diploma, right?
6. If you do the shots in the order of the classes which you took, then you get bonus points. If you took “Problem of God” freshman year and your thesis class senior year, then drink in that order.

2. For every credit of your senior thesis, do a shot of something 100 proof (You missed a lot of nights at the Tombs writing that thesis, so it’s time to catch up to your classmates)

3. For every credit you took as an independent study, do a “bomb shot,” such as a Jagerbomb or sakebomb (You really didn’t do much work in those classes and chugging a shot is just as easy)

4. For every credit of theology you took, have a glass of Andre (“Problem of God” made you ponder the meaning of life and Andre has the same effect)

5. For every class in your major, drink a mixed drink with the appropriate number of shots per credit (These drinks should be enjoyable, just like you enjoyed these classes)

6. For every class in your minor, drink a mixed drink with the appropriate number of shots per credit, but only half of the mixers (It started off as your major but it ended up being rather painful halfway through)

7. For every credit in a certificate, do a shot of Bailey’s Irish Cream (Bailey’s is what you put in your coffee to make it better and a certificate did the same for your resume)

9. For every credit that you took in the Faculty of Languages and Linguistics, take a shot of liquor or drink a mixed drink that is associated with that country/language (Anyone who took Hebrew gets off easy with a glass of Manischewitz wine)

10. For every credit that you took in the College, do a shot of gin (Gin is the drink of the old boy’s club and what’s more of an old boy’s club than the school that was last to admit women?)

11. For every credit that you took in the MSB, do a shot of whiskey (One day you’ll be drinking glasses of whiskey worth more than the cars of the kids in the College)

13. For every credit that you took in the NHS, do a shot of Everclear (You’re learning how to keep the general public healthy and Everclear sterilizes everything, so it just makes sense)

14. For every credit that you brought in from an AP test, shotgun a beer ( Let’s be honest you will spend more time shotgunning that beer than you did studying for the test back in high school)

15. For every credit that you brought in from a IB test, take a shot of something foreign (Mexican tequila, Russian vodka or Irish whiskey are all acceptable)

16. For every time you got “GERMED,” you must add five shots Burnett’s to your total (This is your punishment for not learning how to hold your liquor during college)

Hoya Saxa and Congratulations Georgetown Class of 2012!
Note: Thank you to “King of the Quad” at AU for the inspiration