Uh-oh-spaghetti-oh! Heavens to Mergatroid! It’s a John Carroll conundrum. From the looks of it, the Georgetown University school seal on the steps outside of Healy Hall seems to have disappeared – just in time for Homecoming Weekend.

In other words, what is supposed to look like this… 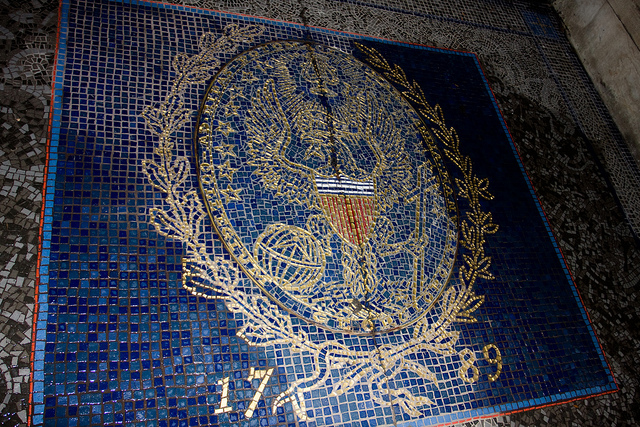 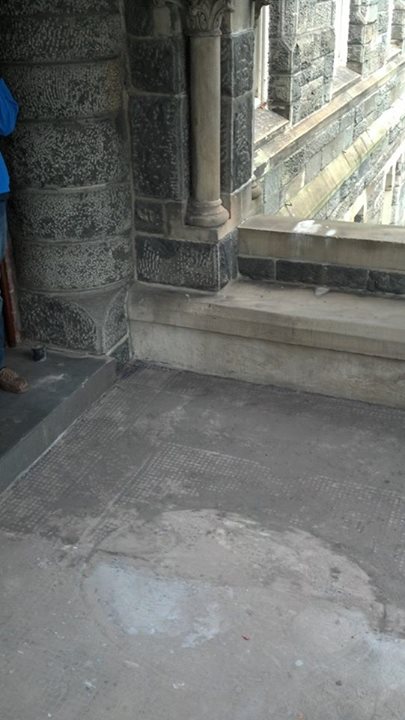 Though we haven’t received word yet on the seal’s whereabouts or why it has gone missing (or potentially covered), we do have some wild speculations of our own about the disappearance. Take a look at them below:

1. A heartbroken Hoya alum stole the seal upon returning to campus for homecoming so he/she could keep a piece of Georgetown forever.

2. The University – in anticipation of our new mascot’s homecoming debut – took the seal away in case “new” Jack needed a bathroom break.

3. Someone from Syracuse just performed an elaborate heist to ruin Georgetown’s homecoming … Just kidding. Nobody from Syracuse could think of something that elaborate.

4. A prospective student who had previously stepped on the seal (and was subsequently denied from the University) destroyed the seal because he/she was denied entry to the best place on Earth.

5. Blue and Grey Tour Guides stole it so they could have some new material for their fall tours.

6. The University stole it and moved it to Clarendon, despite the results of the referendum voting.

7. This is a part of Nicholas Cage’s newest movie National Treasure: Georgetown where he steals Georgetown landmarks. LOOK OUT, JOHN CARROLL.

8. A Mr. Georgetown candidate made it disappear as a part of his talent for tonight.

What are your theories, Hoyas? Where’s the seal? Check The Hoya for all the latest updates!

One Reply to “Gadzooks! Where’d Our Seal Go?”