In honor of The Hoya’s 95th birthday, Friday’s special issue features cartoons, advertisements and more blasts from the past. As we searched the archives for entertaining pieces of Hoya history, we came across an especially enlightening 1941poll.

1940s Hoyas offered opinions on everything from music and movies to dining halls and dating. We learned that the dining hall used to have waiters and listening to the New York Philharmonic was a popular radio choice.

The all-male student body focused on their love lives back in the day, estimating that they would be married “four and a half years” after graduation. Answers to dating questions also revealed that freshmen of the day were just as naive and full of hope.

What is your favorite topic in bull sessions?
Women. Exactly 99.99/100 per cent.
Translation: What do you talk about when bro-ing out?

Do you think you will marry the girl you are going around with now?
The seniors set the pace, with 80% saying NO. The underclassmen were more
optimistic; about 50% said YES. The rest either hedged or said “Maybe.”

A six-question section on World War II demonstrated some passionate political opinions. One particularly eloquent Hoya opposed the draft because, “The food in the army is awful,” proving that college students have always prioritized mealtime.

And just as your SFS and Government major friends love to debate international conflicts, Hoyas from the 1940s also offered superior insight into world politics.

In honor of our birthday, here are some select questions from the 1941 poll so you can compare yourself to Hoyas of the past.

Check out the full original poll below. 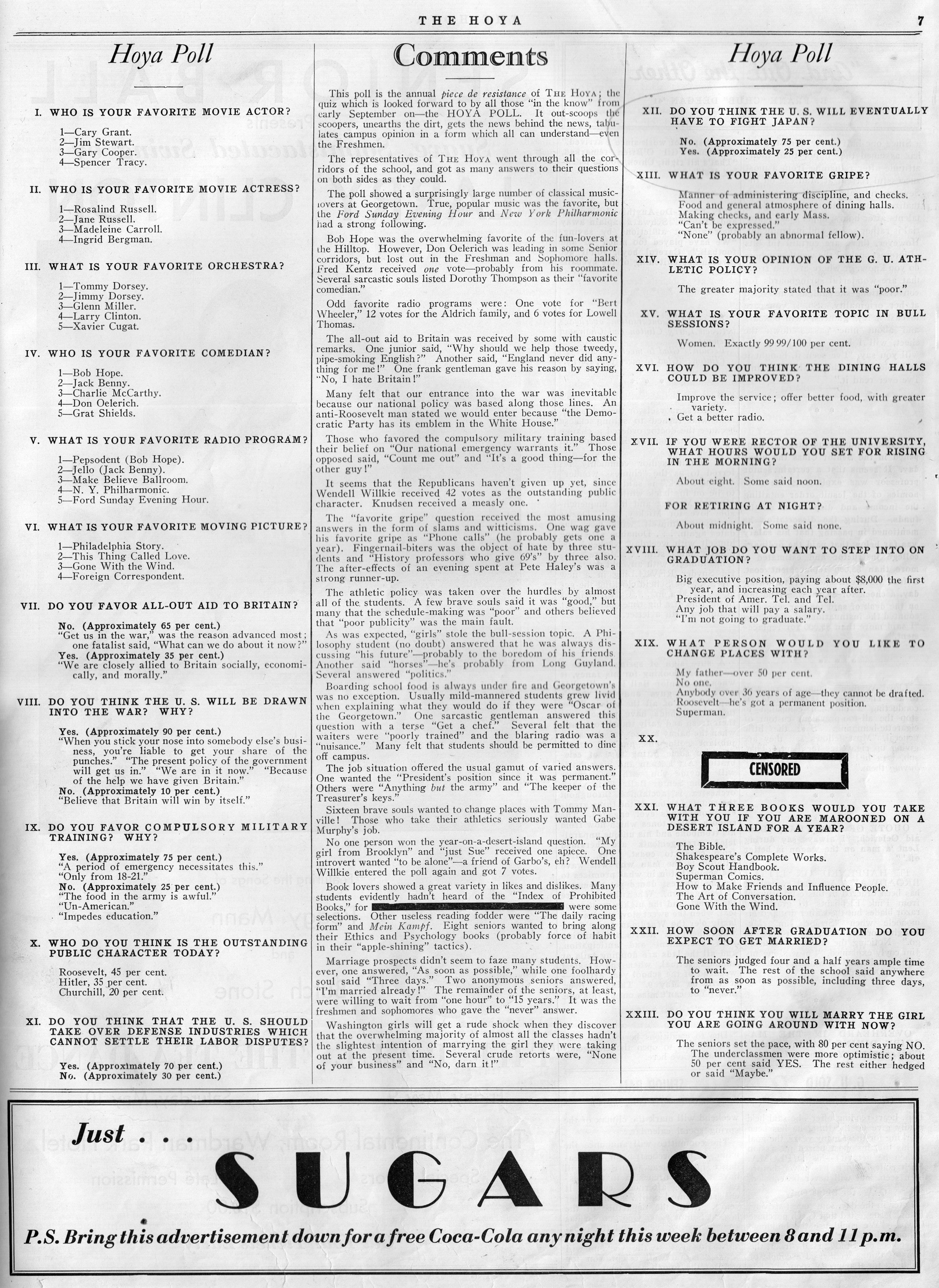