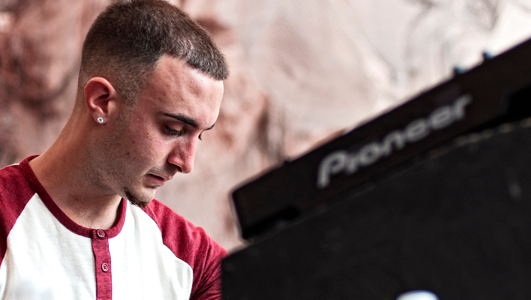 Whether or not you’ve actually back into the regular beat of things, you will be soon. This Friday Fixat10ns is a soundtrack for all of you warriors taking on the daily grind once again. You’re not alone. Mr. President is about to head into his second term, too, So bump this weekend’s fixat10ns, knowing that President Obama is about to jump right back into work with you.

2nd Period: Shoot Down The Stars – Gym Class Heroes Take Travie’s advice; it doesn’t matter how you doing when it all starts out. Everyone understands that you got some rust. It’s time to do it big now.

I’m God – Clams Casino This isn’t narcissism or egocentric. You have to have a little self-encouragement right? I think this song may be the one I appreciate the most musically, and that’s saying something — this playlist is stacked.

‘Till I Collapse Remix – Eminem, Nate Dogg, 50 Cent,Tupac Don’t stop pushing. You gotta grind through that work. The Fourth Edition is here for you ,though; hype yourself up with this jam. Make sure you check out the original, though — it’s worth listening to.

Swagga Luke Us – T.I. ft. Kanye West, Jay Z & Lil Wayne One of the plus sides of coming back and getting back with it? You got your crew again. Rule the weekend with your squad.

World Domination – Joey Bada$$ And what do you do with your crew? Run Georgetown! Okay, I understand this is a little contrived. I really wanted to put some Joey Bada$$ on this playlist; anyone who hasn’t heard 1999 needs to get on that ASAP.

Hol’ Up – Kendrick Lamar First semester, good kid , m.A.A.d. City was the soundtrack on campus. Don’t neglect his earlier work, though. Get second semester started with this song off of Section.80.

Forgot About Dre – Dr. Dre ft. Eminem I needed a comeback song on this playlist, and this one is the classiest one I could think of. This isn’t some “I’m Back” track by a rapper you never knew was gone. This one is the return of a genius in his own right.

My President – Young Jeezy ft. Nas “My President is black/My lambo is blue/And I be goddamned if my rims ain’t too … ” Young Jeezy dropping some wisdom on you to celebrate inaugural weekend.

Young Forever – Jay Z This take on “Forever Young” is the anthem for those clinging to their youth. You’re in your Spring semester! It doesn’t seem like you’re getting old, but you are. Appreciate it. No matter how much you want to be forever young, you won’t. Do it big Spring 2013!