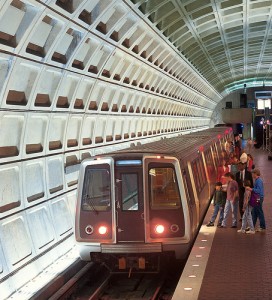 As if increasing cab fares in the District weren’t bad enough, there has been some talk within WMATA (no we’re not the only ones fond of acronyms), of imposing a flat fare on Metro. I’m sure those of you from other cities who are used to flat fares (New York, Boston, St. Louis) may like the idea, but it actually could end up hurting those living in the city.

To put this in perspective, lets say next year if you want to go to a basketball game and decide that cab fares are more expensive and you want to take the metro, it would cost you $1.95 to get to Metro Center from either DuPont Circle or Rosslyn during regular hours ($2.15 at the most during rush hour, but the check WMATA website to see peak hours and off peak hours fares). Using rider statistics and current rates, WMATA estimates that in order for a flat rate to be effective, the fair would have to be $2.90 for all riders, which is higher than in other cities with flat rates (it’s $2.20 in New York). This would make your trip nintey-five cents more expensive for each leg of the trip.

But if ninety-five cents doesn’t seem like that much thank about it this way. If you had gone to all the home games this year and took the metro there and back, it would have been $28.50 more expensive under the flat rate (that’s at least four pitchers at Booey’s on Half Price Wednesday), and its more likely than not that the flat rate would be more expensive.

While it would make figuring out how much to put on your smartcard or metro ticket easier, it just isn’t cost effective for those in the city. It would mean that higher fares for us who don’t have to travel as far would be subsidizing those coming from farther away, and the Metro reaches out pretty far into the more rural areas surrounding D.C. This may end up not even mattering, as its only an idea that WMATA is considering, but next time one of your friends complains about Metro prices, be thankful, because it could be worse.