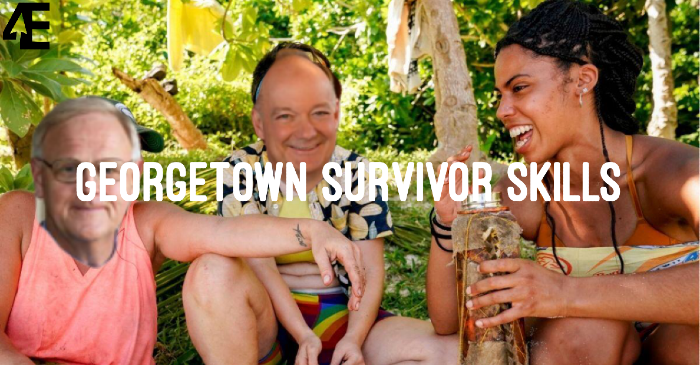 This article contains spoilers for the first three episodes of “Survivor” season 41.
Do you want to be the next Survivor?

We’ve all been following Liana Wallace (MSB ’23) on “Survivor” all season, and rightfully so—it’s a lot more interesting than watching those five econ lecture recordings you’ve had queued up for the past week. To catch up on her last two episodes, here’s a recap: Liana formed an all-girls alliance, and she slayed the balance beam. Her team unfortunately lost the Immunity Challenge in the second episode, but luckily, Liana remained safe for the rest of the episode. In the third episode, she sadly missed an obvious clue, prompting the title of the episode: “Her Million Dollar Mistake.” However, Liana won Tribal Council and is safe until next week.

Now, you’re probably thinking: how can I be on “Survivor”? I don’t have the skills (or time) for that. However, little did you know that Georgetown University has been preparing you this entire time.

Nutrition
If you’re worried about eating strange, exotic foods on the island, you’re more prepared than you think. A crispy catfish sandwich has prepared you for anything that may come your way. Also, each contestant is given a bag of rice, which we’re all too familiar with as the go-to substitute for any of the questionable Leo’s specials of the day, made al dente of course.

Physical Ability
Even if you aren’t a Yates gym rat, you’re better off than most. Racing up the ICC steps to get to class or up the New South hill after Leo’s would allow you to pass any fitness challenge with flying colors.

Ruthlessness
In “Survivor,” you have to fend for yourself. If you know anything about club culture at Georgetown, you’re scrappy. You will be one of those 5% of students who gets into The Corp and will run over your fellow classmates to do so. Similarly, the audition process for “Survivor” is rather lengthy, containing multiple rounds of cuts. If you applied for any club here at Georgetown, you’re already prepared.

A big part of “Survivor” is making alliances, like Liana’s all-girl team. At Georgetown, you have to survey the people in your class on day one and figure out who to sit next to. Gauging who’s fake and who’s not — who’ll give you the notes when you’re suffering from a bout of food poisoning and who’ll gatekeep them — is an essential skill. Once you perfect that skill, your tribe is ready to go.

Lau
I think this speaks for itself. If you’ve spent more than three hours in the life-sucking environment of Lau holed up in a cubicle, you’ll be able to survive any barren wasteland you’re thrown into. This is a type of endurance that can’t be learned anywhere else.

Even if it offers nothing else, Liana can always thank President John DeGioia (CAS ’79, GRD ’95) for the cura personalis education that’s helped her last this long on “Survivor.” And maybe one day, with luck, we’ll see more Hoyas on the show.