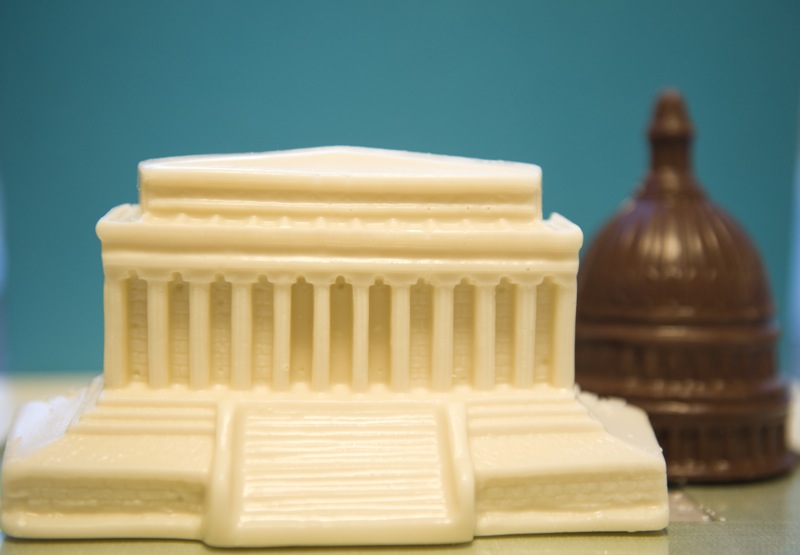 It seems like every week so far has gotten some sort of food theme. Between last week’s D.C. Meat Week and the ongoing Meat-Free Week, local restaurants appear to be catering to opposite tastes. But coming up next week, just in time for Valentine’s Day, is something nearly everyone can agree on – D.C. Chocolate Week.

Sponsored by Sales Vote (a D.C.-based daily deals service, not unlike Livingsocial and Groupon), Week For Chocolate will feature the sweetest offerings from Georgetown shops like Serendipity 3, Godiva, Haagen Dazs and even Old Glory.

To join in the fun, you can buy either a gold or silver ‘badge’ that will allow you and a friend (or a date!) to take part in the special deals. A silver badge goes for $50 and gets you five deals. Gold badges cost $70 and get you five deals, plus two access passes to the Week For Chocolate launch party at L2 Lounge (3315 Cady’s Alley NW). It seems a little pricy, but they’re promising lots of prizes and the chance to “rub elbows with the biggest people in the District.” Seems about right, as they’ll have just spent a week eating all the chocolate they can handle.

Here’s the full list of participating shops and the goodies that they’re offering:

Sprinkles — Two cupcakes of your choice