Short and sweet. Just like the past break. Enjoy this week’s 4E Monday Music Update!

We are all so ready to go home. Eat turkey. Catch up on sleep. Finally binge-watch Stranger Things 2. But until then, enjoy the latest 4E-approved tunes!

Thanks for reading! Time to get listening!

Midterms should be over. So relax and listen to some music!

Hope your Halloweekend was everything you hoped and dreamed for it to be! Homecoming is next, so get your bodies ready.

See everyone on the weekend!

Stay in the grind, and ~good luck~ with the midterms seizin’.

We back. Hopefully, you’re staying alive through Midterm Seizin’! If not, same. Enjoy this week’s vibes! :) 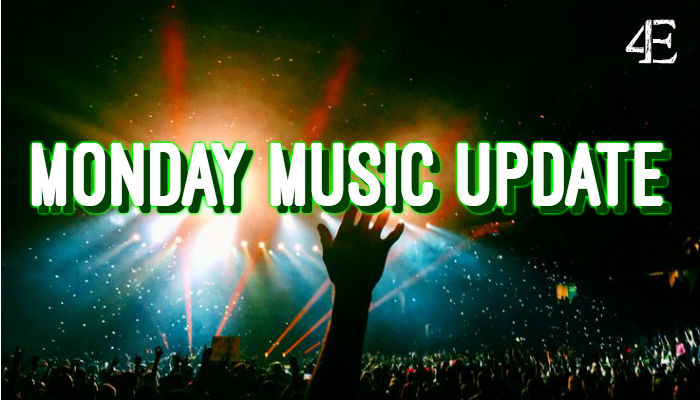 Hellooo! It’s Monday. So here are some suggested tracks to hit up during the week. Definitely a ~~feels~~ playlist:

Midterms got nothing on us. You got this fam.

Here are some tracks you should hit up during the week! Keep holding on: The weekend will be here before you know it. You got this.

After everyone’s favorite  bar got raided a few too many times and decided to be a whole lot pickier about who they let in, a lot of underage Georgetown students are left wondering – what next? Where else can I spend my Wednesday nights partying? Is there another spot I can flock to on a typical dead Georgetown Friday night? While no one has come up with a perfect solution yet, here are 4E’s 7 alternatives to Piano Bar.

Hey, I was doing just fine until…. the lyrics of Closer became permanently embedded in my ear drums. At any given point, the Chainsmokers’ chart-topping hit is playing somewhere on the Georgetown campus and can be avoided only by boycotting Snapchat stories (in which someone is inevitably videoing himself or herself singing along) and other cautionary actions short of putting in earplugs and hiding in your dorm room.

I would like to raise some concerns about the art form that is Closer by the Chainsmokers ft. Halsey:

That I know you can’t afford

Bite that tattoo on your shoulder

Pull the sheets right off the corner

Of the mattress that you stole

From your roommate back in Boulder

We ain’t ever getting older”

…is first sung by Andrew Taggert and then repeated by Halsey, presenting a few problems. Do both protagonists own Rovers? This is economically improbable, especially taking into consideration that they both are frequenting hotel bars (Are they presumably cheap?), though both reference the other not being able to afford said Rover. I think the takeaway here is that both of our protagonists are financially irresponsible.

Do they both have tattoos on their shoulders? The listener should consider that they possibly got these tattoos together. Maybe this is what initiated “four years, no call,” because they look something like this:

Lastly, the music video must be addressed. What happened here?! The music video is horrible. There is no correspondence to the beat or the storyline of the song. We get two people who are clearly well acquainted (what happened to “four years, no call”?) frolicking on a beach (they are supposed to be in a city…). There are no hotel bars, no ROVERS, and no stolen mattresses. Taking all aforementioned inconsistencies into account, for all we know, these people are getting older.

Disclaimer: I am still obsessed with this song. It has taken up permanent residence at the top of my “Going Out (to study, of course)” playlist.