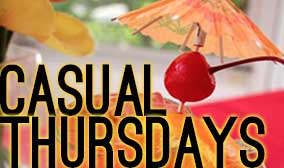 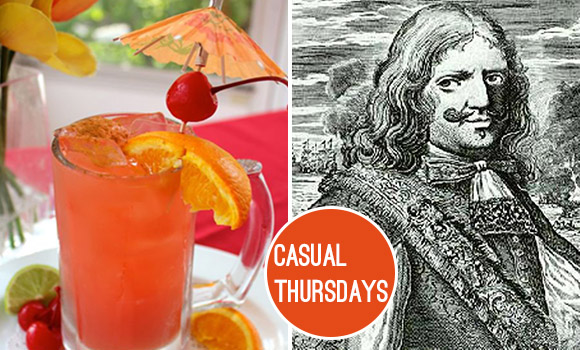 Today we stand on the eve Spring Break; a week dedicated to the highest pursuits of undergraduate debauchery and a time idealized by generations of pale, overworked and eternally thirsty college students. Today we take a moment to honor and remember than man who is spring break incarnate, an Admiral without whom we would be awash in a sea of clear liquors and cheap beer, that is, The Honorable Captain Morgan.

The Morgan we hold in our hearts today was once a real man, prowling the Caribbean as a privateer in search of Spanish booty, or in other words, taking the ultimate Spring Break. In fact, he was one of the most successful pirates in history, ranking number 9 on the Forbes Top-Earning Pirates List (yes that’s a real thing), all the while never losing sight of the important things in Caribbean life, ie, a large glass of rum punch every couple hours.

Today we raise our glasses to you, Sir Henry Morgan, as a shining example of the pirate/spring break lifestyle (basically one in the same, right?) and as the father of mixing rum with any available liquids and calling it a cocktail.

Drink Up Me Hearties,

-Everyone stands in a circle and takes turn rolling a die until someone rolls a three. That person becomes the Thirds Man (or Woman).

-The game proceeds by going around the circle and having each player roll both dice. The meanings of the rolls are as follows (add both numbers showing to get the count):

Whenever someone finishes their drink, the first person to yell “But why is the rum gone?!” (Jack Sparrow accent, please.) becomes the Captain and can make the entire group complete the drinking task of their choosing (take a shot, chug a beer, mix in a water)