Sky’s out, thighs out, right everybody? The weather is warming up, spring is upon us and that means that end of the year festivities will be ramping up.  Along with Georgetown Day, surely you’ll have various end-of-the-year parties to attend, so we at 4E would love to provide you with a few simple, yet fun ways, for the 21+ crowd to entertain themselves during the next couple weeks.

This game takes its name from the Russian roulette scene in the movie “Deer Hunter,” but is certainly much more light-hearted.  You’ll need a large group, one can of beer per person (per round) and a box to hold all the beer in.  A space that you won’t mind spilling beer in would also be optimal.  To play: 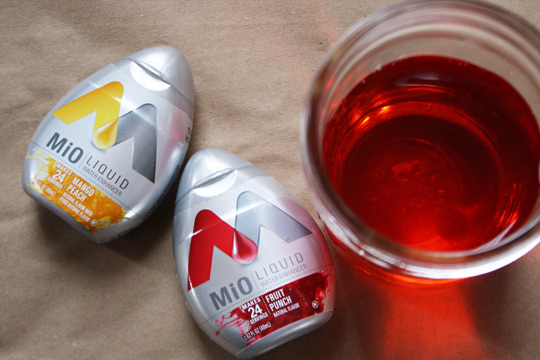 For Casual Thursday today, we have two quick drinks for the price of one, mainly due to the various events taking place.

The first is the perfect pregame “drink”.  It’s not really a mixed drink at all! It merely requires two ingredients: plain vodka (even Burnett’s works!) and your favorite flavor of Mio water enhancer (Fruit Punch is highly recommended).  Simply pour a big squirt of Mio into the shot, and voila! Your once nasty shot of Burnett’s has turned into something resembling a Jello shot, but with no calories added and much less effort.  Pregame away!

The second drink on tap is a nice spin on the classic mimosa, a staple of Georgetown Day (and any other morning-drinking festivity).  Tired of the same-old orange juice and champagne combination? Switch it up! You’ll need:

Boom. That’s it. Mix the two together, and you have yourself an easy replacement to the sometimes-boring breakfast drink.  As always, enjoy your shenanigans responsibly, and see you next week!