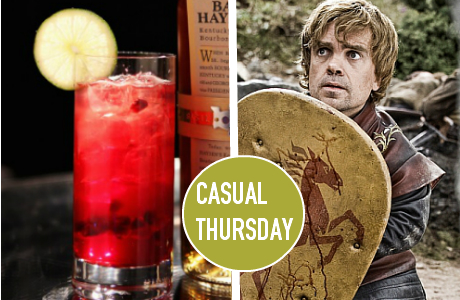 But regardless, the season is over. Lucky for us, we’re at the start of summer instead of the Long Winter. Temperatures are climbing and air conditioning is expensive, so why not sit down with a cold drink while you consider who really deserves the Iron Throne?

This week’s cocktail is a little complicated, but hey, what about GoT isn’t? It’s called Fire and Ice (after George R.R. Martin’s book series, A Song of Fire and Ice), and it comes to us from the Bourbon Blog. 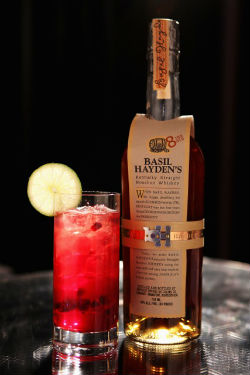 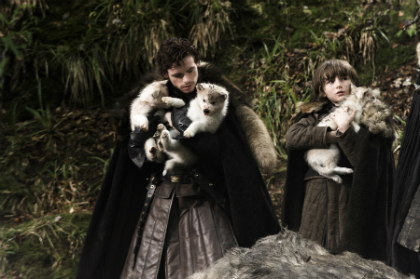 Since, sadly, there are no more new episodes of GoT in the near future, we have to find ways to cope. First of all, if you’ve never seen the show, shame on you. Pick up the DVDs of the first season immediately and spend your weekend getting to know the Starks, Lannisters, Targaryens, the puppies pictured above and this one guy called Hodor. If you have seen the show, also feel free to start watching it from the very beginning. It never hurts.

You can also go a more literary route and pick up the books the series is based on.  They’re just as much fun as the show and you can make friends when people see you reading them on the bus (note: that one might just be me).