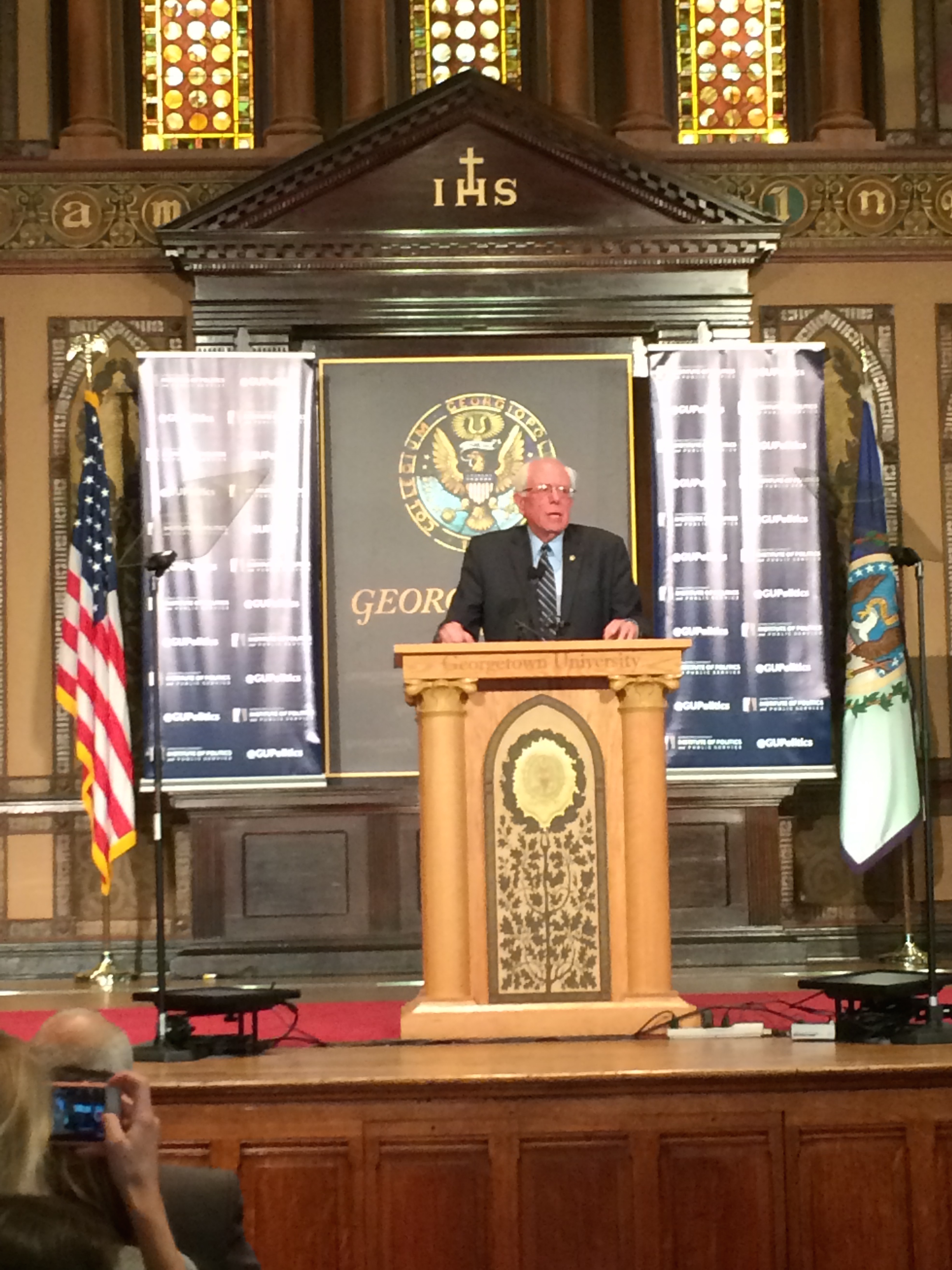 If you missed Bernie in Gaston today, don’t worry, 4E has all the updates from his speech today. Check out some tweets below!

Sanders makes his way to the stage to a standing applause and chants of 'Feel the Bern'. #BernieAtGU

"In my view, the billionaire class must be told loudly and clearly that they cannot have it all." – Sen. Sanders

"Public education today must allow every person in our country to go to public colleges tuition free." – Sen. Sanders

Big applause for Sanders when he talks about tuition-free college plan. "Is this a radical, socialistic idea? I don't think so." #BernieAtGU

"We have a moral responsibility to combat climate change and leave this planet healthy and habitable." #BernieatGU

"Greed for the sake of greed is not something public policy should support." – @BernieSanders #BernieAtGU

"It is extremely sad that the US has one of the lowest voter turnout of any major country. 80% of young people did not vote." – Sen. Sanders

"I do believe in equal treatment for African Americans who believe in the moral principle that Black Lives Matter." – Sen Sanders

Jokes! @BernieSanders: "the next time you hear me attacked as a 'democratic socialist'… you know, like tomorrow… "#BernieAtGU LOL

"If we come together… I believe that there is nothing that we can't accomplish." – Sen. Sanders, in his closing remarks.

Bernie is covering so much both in speech and Q&A. Truly a committed public servant #BernieAtGU pic.twitter.com/UkDWE0wpQF

"When I use the word Socialist, I say that we create a political revolution… and bring young people back to politics." – Sen. Sanders