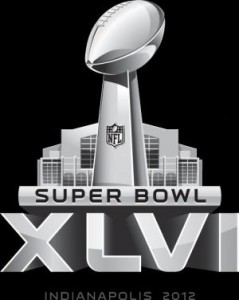 DC Improv (1140 Connecticut Ave NW, near DuPont Circle) is hosting Bert Kreisher, who has been featured on Comedy Central’s Last Comic Standing 2 and has his own show on the Travel Channel called Bert the Conqueror. If that doesn’t impress you, Kreisher has admitted that the movie Van Wilder is loosely based on his college career at Florida Sate. Rolling Stone, in an article entitled The Undergraduate, named him the top partier at the University, which was ranked the number one party school in the nation in 1997. He’s performing both Friday and Saturday Nights.

If stand up comedy isn’t your speed, go check out the Classixx’s at U Street Music Hall (1115 U St NW), accessible off the yellow line.  This L.A. based indie band has a cool edgy sound and I’ve never had a bad night on U Street, so it should be a good time and give you a break from Georgetown. It’s a really cool spot, but don’t let the long, ominous stairs fool you, it’s quite spacious with a great dance floor, and is a great opportunity to mingle with other D.C. students. I wouldn’t be surprised if you rubbed shoulders with students from American, GW, or even Howard. It’s 18 and up, with a $10 cover at the door.

Even if you don’t like football, don’t know the difference between a tight end and a quarterback or don’t care about fully grown men hashing it out on a field of battle, you should still watch the Super Bowl (this is America after all).  For upperclassmen who are 21+ I would suggest Rhino, which is a New England bar (that’s you Patriots fans) or the 51st State, which last time I checked was a New York bar (Giants). For those of you who aren’t 21, I’d suggest cozying up to some of your upperclassmen friends for a super bowl party, or seeing if your floor is having a party in the common room. Either way, football is the word of the day.