For only $6.99 a month — or $5.83 per month if you buy the yearly subscription —Hoyas can get their hands on Disney+, the new streaming platform filled with Disney’s vault. While old favorites are still being added — waiting for you, “Sonny with a Chance” and “Cory in the House” <3 — the current collection is massive, with about 500 films and 7,500 television episodes.

That said, all of these movies can easily be lost in the rabble. The 4E is here to bring you the top hidden gems that you can’t miss!

Spooky Season is never over. This off-brand “Beetlejuice” is perfect for those who love a terrible horror movie.

For past, present, and future Horse Girls™ (and boys)!

Who is your favorite Georgetown alumni? Mine is Raven-Symoné.

With the 2020 election fast approaching, this film is sure to put you in a ~political~ mood!

Ever wonder what would happen if Rory Gilmore fell in love with an eternal being? Yeah, me neither!

What happens when every character gets a perfectly matched love interest? This movie. This movie is what happens.

As wintertime on the Hilltop™ freezes even the warmest hearts of the students in the NHS to match those in the MSB, Georgetown students are trying to keep cozy in their dorm rooms — or Lau, but Burnout Szn™ coincides with winter.  With that in mind, finding the best transportation to navigate the treacherous frozen hill(s) is essential to keep time in the cold at a minimum, especially when considering how inaccessible this campus really is.

To make Hoyas’ lives easier, here’s a top-five list of the best ways to get around Georgetown’s campus!

We’re kickin’ it old school, folks!  These metal death traps are back and better than ever — no app needed!  Ankle protection, however, is not included.

Once the Hilltop ices over, gravity can bring you all the way from Lau to Leo’s.  In the meantime, you might as well hire a friend with negative Flex dollars to drag you around!

Remember when you first went on a tour with Blue and Gray, and they told you all about how ~seniors steal the clock hands~?  I propose we start a new tradition: stealing Jack the Bulldog’s mini jeep and driving to class in it.

Economically friendly for all Hoyas, Naruto running will help even the slowest students speed from St. Mary’s to Car Barn in 30 seconds tops!

Men and women with vacant expressions are roaming the campus in their pressed professional wear while freshmen cower in fear.  The scent of freshly printed resume paper fills the halls of the Leavey Center, and the Cawley Career Education Center’s emails clog up everyone’s inboxes.  That’s right, Hoyas — Recruitment Szn™ is upon us.

Through a representative MSBro, Chad — no relation to my roommate, Chad the aloe plant — I’m going to walk you through five resume fluffers to boost your chances at the Goldman Sachs internship of your dreams.

Chad always says “flex” before the Corp worker even asks, AND he says thank you when grabbing his Beloved?  Revolutionary.

After Tinder messaging the night away, it’s clear — Chad knows how to type.

Chad plugged one (1) formula into Excel for his “Intermediate Economics” course.  He got a B on the assignment, but it’s the experience that really matters.

Looking over the Vil A railing, Chad oversaw the groups of stumbling students, tired from the long night.  He even gave one of them directions to Epi! A true stand-up bro!

Chad gave an EPIC Tombs night speech.  He earned this one.

It’s a doggie dog world out there, Hoyas — good luck!

Listen up, Hoyas!  Homecoming is incoming, and we all need to be prepared for the big day.  Before you can hit the Vil A rooftop with your crew, decked out in full Georgetown apparel, it is essential to pregame the day ahead.

With the limited resources of a college student, we at the 4E want to use our platform for good and help (21+) Hoyas ball on a budget.

Dust off that week-old, half-drunk Natty in your fridge! Homecoming is a marathon, not a sprint, so it’s essential to gather your supplies and spread out your drinks throughout the day.

The ~goods~ should be acquired before the big day, so stock up on the essential Burnett’s and Svedka flavors.  It’s always wise to have basic flavors that will blend well with a variety of mixers. Try crowd favorites citrus, raspberry or even flavorless, if you’re feeling ~saucy~.

Mixers are another story.  We all know how hard it is to fit non-alcoholic juice in the minifridges, so take advantage of the vending machines found in every dorm building.

The vending machines are convenient, especially if you need to restock, and they carry a wide variety of single-serve sizes that are sure to please even the pickiest drinker.

Protip:  Instead of spending cash on vending machine drinks, head to downstairs Leo’s with a reusable water bottle and stock up using a meal swipe!

Once the ingredients are in place, and your friends are ready to party, it’s time to begin the festivities.

The hype is always over the best wine and food pairings, but what about liquor and mixers?  I scoped out the vending machines earlier, and here are some pairings that are sure to be a success!

Sprite and Citrus Vodka: Why fix what isn’t broken?  This pairing is a staple at pregames and frat parties alike.

Blue Powerade and Malibu:  The fruity notes of the Powerade match well with the iconic coconut rum.  Perfect for recovering your electrolytes!

Lemonade and Mango Vodka:  A twist on a classic summery lemonade.  A great choice for those in denial that it’s fall.

Water and Water:  Be sure to stay hydrated!

With the drinks flowing and the music blaring — be sure to make a playlist of your favorite songs ahead of time! — it’s clear that your homecoming pregame is a success.  Then it’s time to venture to Vil A for the epic views and the sweaty hordes of freshmen.

And when homecoming was over, we learned that it isn’t about the drinks we had — it’s about the friends we made along the way. <3 Stay safe out there, Hoyas! 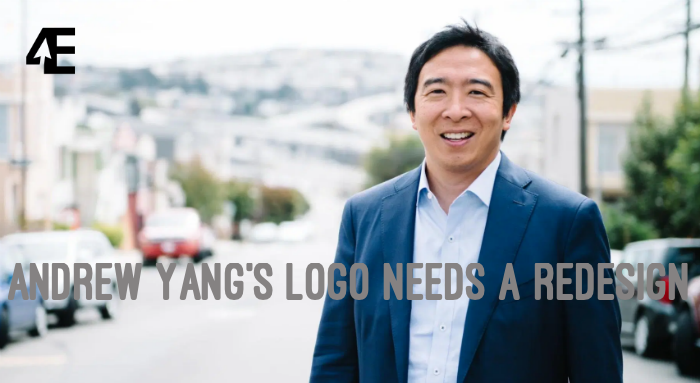 Andrew Yang has inspired much excitement in the presidential race among the Yang Gang, but his logo leaves much to be desired. It prominently features the red, white and blue ™ but also has a classic feel that doesn’t match the new standard of other potential candidates’ bold, modern logos.

As the ~businessman~ he is, he should diversify his portfolio, so here are five products Yang’s logo would better suit.

Air Force One? Never heard of her.

Perfect for when you’re ballin’ in Yates!

In honor of President’s Day, we remember those who served our country most: the pets of our most esteemed presidents.  They’ve brought us (and their owners, I guess) joy, and should be admired and remembered.  Some wacky, some downright adorable, here’s a top 10 list of America’s best pets!

10. Rounding out our list at number ten, is Dick, Thomas Jefferson’s mockingbird.  Yes, you read that right, our founding father had a mockingbird which he felt appropriate to name “Dick.”  When Dick behaved badly, did Jefferson scold him by calling him Richard? We may never know, but one can only hope.

9. At Georgetown, we appreciate a symbol of diplomacy, especially when the symbol happens to be an adorable dog.  Pushinka, offspring of Strelka, a Soviet dog who entered space on Korabl-Sputnik 2, was adopted by John F. Kennedy, a gift from Nikita Khrushchev himself.  Cold War who? Pushinka doesn’t know her.

8.  Half of 16 is eight, so it’s fitting that Abraham Lincoln’s cat, Dixie, is number eight on our list.  Dixie, an icon, was, according to Lincoln, “smarter than [his] whole cabinet.” We have decided to stan an intellectual legend.

7. Fala, Franklin D. Roosevelt’s Scottish Terrier, made headlines when FDR forgot him on a trip to the Aleutian Islands.  FDR, as any reasonable dog owner would do, sent a U.S. Navy Destroyer to retrieve him.  (Taxpayer money may have been spent on this venture, but we’ll overlook it.)  You can visit Fala in statue form at FDR’s memorial here in Washington, D.C!

6. Three words.  Macaroni. The. Pony.  John F. Kennedy’s daughter, Caroline, owned a pony during JFK’s time in the White House.  Not only did Macaroni appear on the cover of Life Magazine, he also received thousands of fan letters!

5.  John Quincy Adams owned an alligator.  It lived in a bathtub.

4. As strange as pets in the White House can get, a raccoon originally meant for a Thanksgiving feast was pardoned by Calvin Coolidge during his presidency and kept as a pet.  Rebecca Raccoon had her own tree house and was left to roam the White House halls freely.

3. Socks, Bill and Hillary Clinton’s cat, is a Georgetown legacy, so clearly he’s number three on this list.  He was adopted by the Clintons as a stray and was in their family during their stay at the White House.  Unfortunately, Socks and Buddy, the Clintons’ dog, did not get along, and after the Bill left the presidency, Socks went to live with his secretary, Betty Currie.

2. Sunny and Bo, America’s favorite power couple, take number two.  The Obamas got Bo, a Portuguese water dog, in 2009, after great speculation of what dog would continue the much beloved White House pet tradition (looking at you, number 45).  Sunny, Bo’s female counterpart, was adopted in 2013, and the pair has been unstoppable ever since!

1. Though this dog never lived in the White House, I’m sure we can safely say that Sully, George H.W. Bush’s service dog, is number one.  Here at the 4E, our hearts collectively broke over Sully’s Instagram (@sullyhwbush) in tribute to his departed owner.

Sully is officially (meaning by this arbitrary list) the goodest boy and deserves nothing less than the best moving forward in his career as a service animal.

If you haven’t spent these past weeks drowning in used tissues and Advil, this Hoya desperately wants to know your secret.  Yes! You heard that barely concealed coughing fit from the back of your crowded microeconomics lecture correctly, the Georgetown Plague™ is upon us.

While we may be living in a petri dish, at least the relatability of this struggle can be exploited by your friends at 4E. Here are the five stages of being sick on the Hilltop:

Throat coat?  Check. Advil?  Check. Suddenly wishing you were pre-med?  Check. All of the Aspirin that you packed from home might be able to save you, right?  Right??

2. Taking a trip to the Student Health Center

After your own medical knowledge fails, surely Georgetown, the fine institution you are paying your life savings to attend, will be able to rescue you from yourself!  A quick 30-minute phone call later, you’ve booked an appointment to see a doctor… next Thursday.

It’s true!  Sometimes you need to be sick in order to appreciate being well — or, at least, that’s what you tell yourself to feel better! Your roommate has to inevitably put up with 4 a.m. coughing fits, and you have to fight through that 9 a.m. lecture while putting up with dirty looks from students and professors alike.

The long journey comes to an end. Alas now, you have no more excuses for procrastinating your midterm paper!

The sudden rebirth you feel is accompanied by a newfound appreciation for health, along with promises to work out at Yates every day and stop eating Chick-Fil-A every night.

That’s right folks, your already-weakened immune system will inevitably fail you again!  The close quarters of dorm life and crowded Vil A rooftops are breeding grounds for contamination.

But fear not!  Because if you can survive the Georgetown Plague™, you can easily survive anything the Hilltop throws your way.

From all of us here at 4E, get well soon!