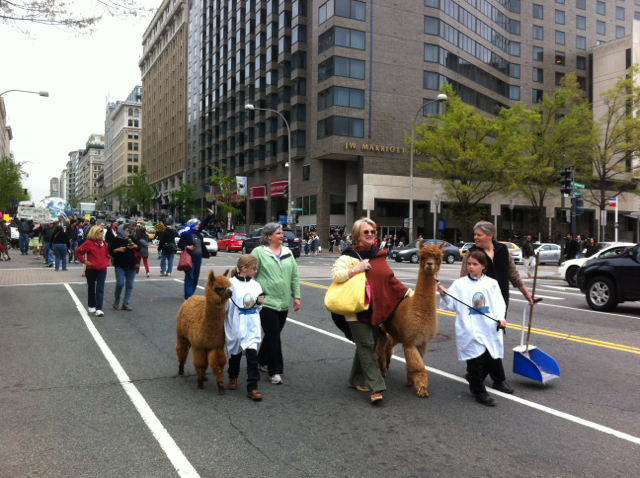 Looks like this is a big news day for adorable fuzzy things (no complaints here!) – earlier today two alpacas led a group of protestors marching on the Environmental Protection Agency.

According to DCist, about 150 people joined in the demonstration, calling for the removal of EPA administrator Lisa Jackson. The owner of the alpacas, Susan Morris, is a former deputy director of the EPA’s civil rights office and one of the organizers of the protest. She and others claim that the agency treats whisteblowers unfairly.

Though we haven’t heard from Occupy as much lately, this rally served as the kickoff for the National Occupation of Washington, a renewed efforts to bring separate branches together and direct their efforts at the federal government.

The alpacas though, were the stars of the show. The D.C. Department of Transportation and DCist’s Benjamin Freed  fielded a lot of Twitter response, some of our favorites are featured after the jump. 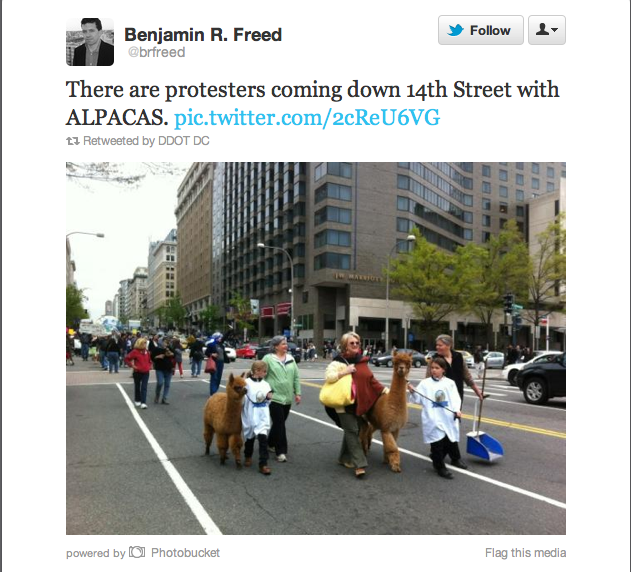 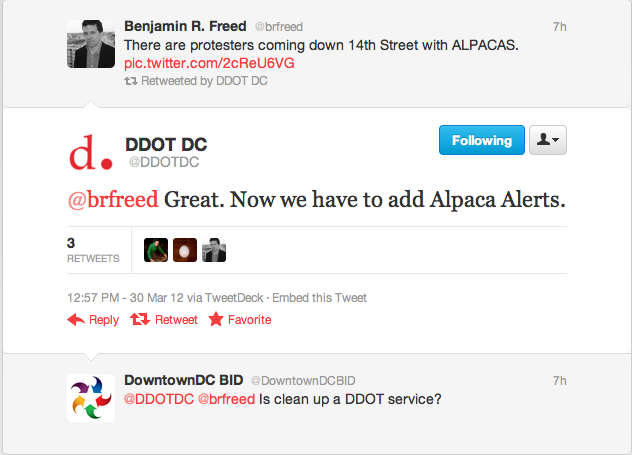 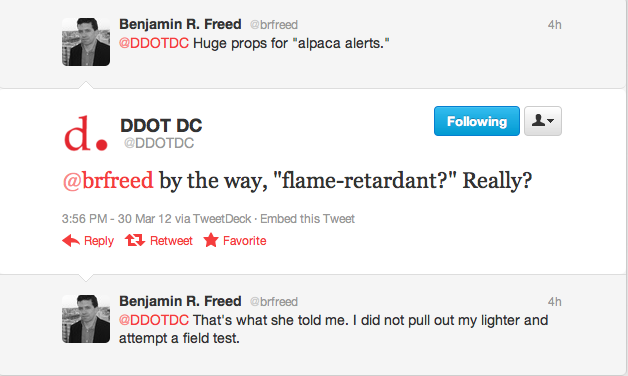