Hey girl…Ever wondered what our Madam Secretary of State has been texting? The latest meme to pop up on everyone’s Facebook newsfeeds and Tumblr dashboards features the one and only Hillary Clinton. 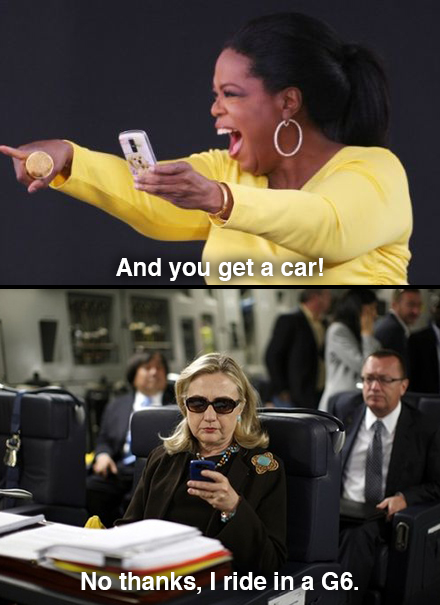 The original photo by Diana Walker for Time magazine was for the cover story “Hillary and the Rise of Smart Power” back in November of last year. The photo was taken aboard a C-17 flight in Malta as Hillary took one last peek at her Blackberry before taking off for Tripoli.

Texts from Hillary, founded by Stacy Lambe and Adam Smith about a month ago, has made its way about the web. In fact, it has even come up on Hillary’s staff’s radar. And what does our beloved Hillary think about the site? Well, Hillz loved it.

She loved it so much that she sent in her own meme and made a personal appearance to meet with the co-founders. Word on the street is she’s embracing this new “inconspicuous as a tarantula on a slice of angel food” look and has definitely taken a different approach to technology since her 2008 bid for president. Does this mean she’s back–harder, better, faster, stronger? Will we be seeing “Hillary for President” signs again in 2016? Hopefully! 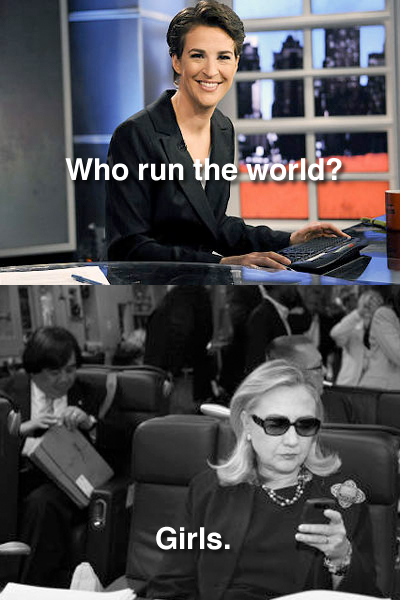 One more word on these memes. I’m curious as to what she thought of Bill being in contact with Mon again. On another note, I’m having trouble choosing between her text to John Boehner or her response to Condoleeza Rice as my favorite one. Which one is yours?